On Tuesday, April 7th our colleague Rebeca Lucas presented the results of the study “Alternatives to Public Procurement in Social Care and Support” commissioned by EASPD (European Association of Service Providers for Persons with Disabilities).

END_OF_DOCUMENT_TOKEN_TO_BE_REPLACED 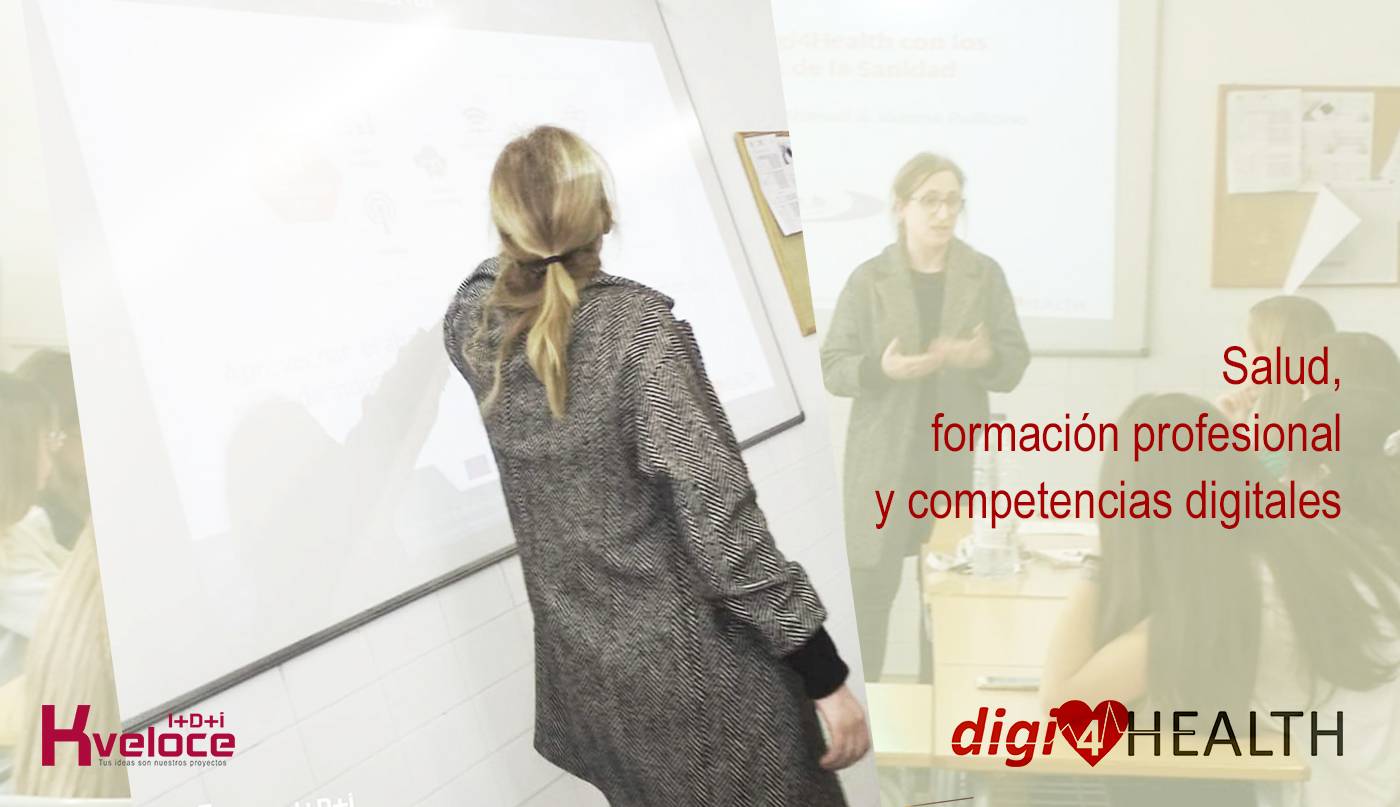 The growing emerging technology in health systems, what is termed the 4th  revolution on health care systems, Health4.0, is creating an increase in the digital working environment in this sector.
END_OF_DOCUMENT_TOKEN_TO_BE_REPLACED 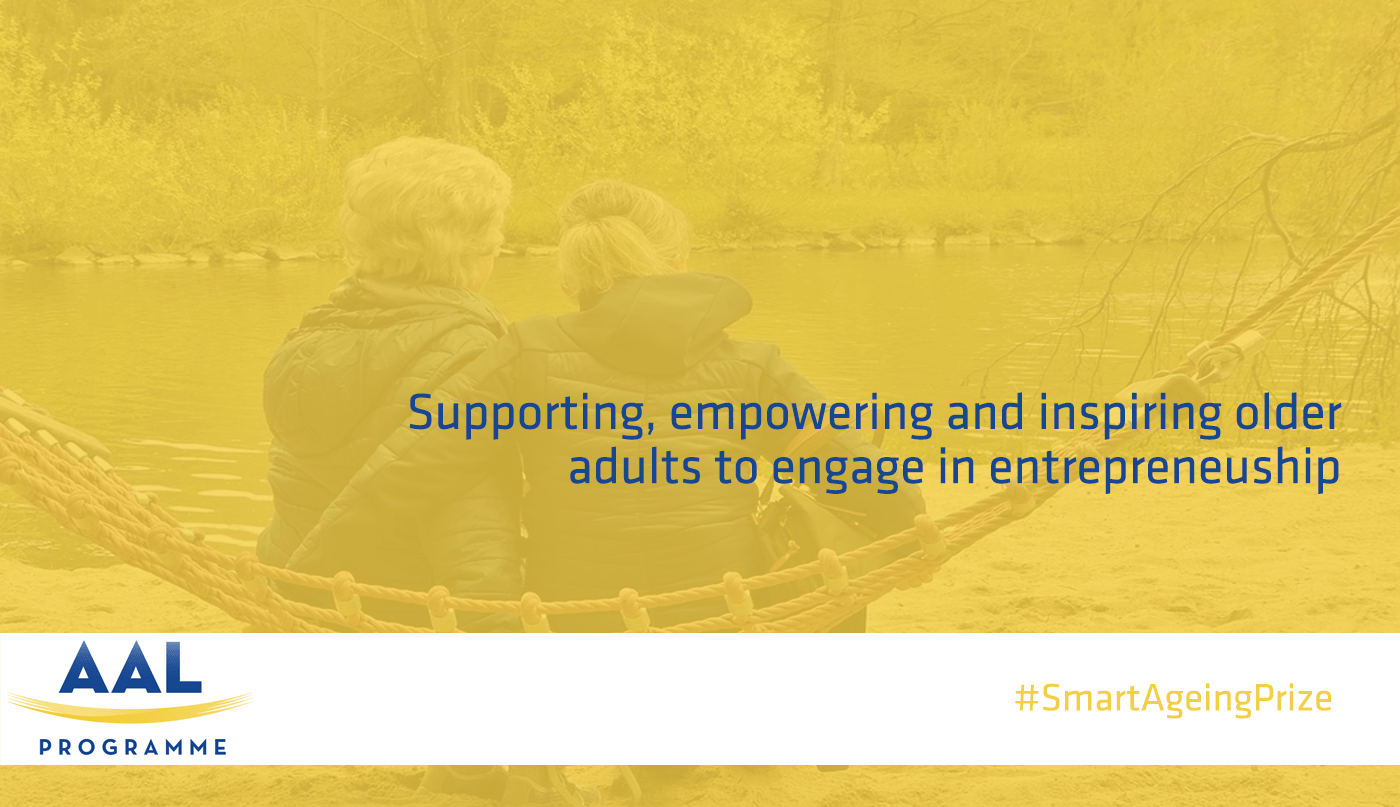 The AAL Programme, co-funded by the European Commission, has supported more than 220 projects since 2009.
END_OF_DOCUMENT_TOKEN_TO_BE_REPLACED 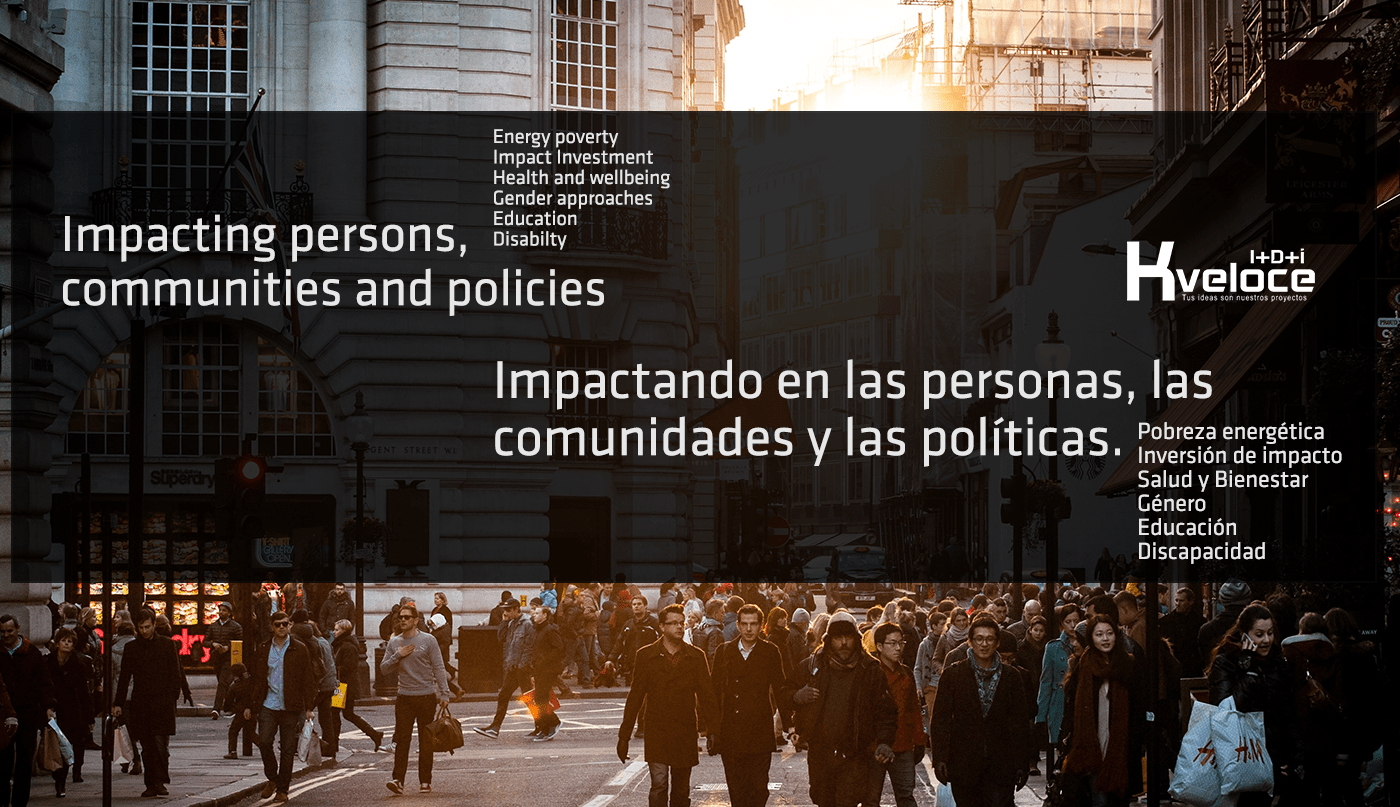 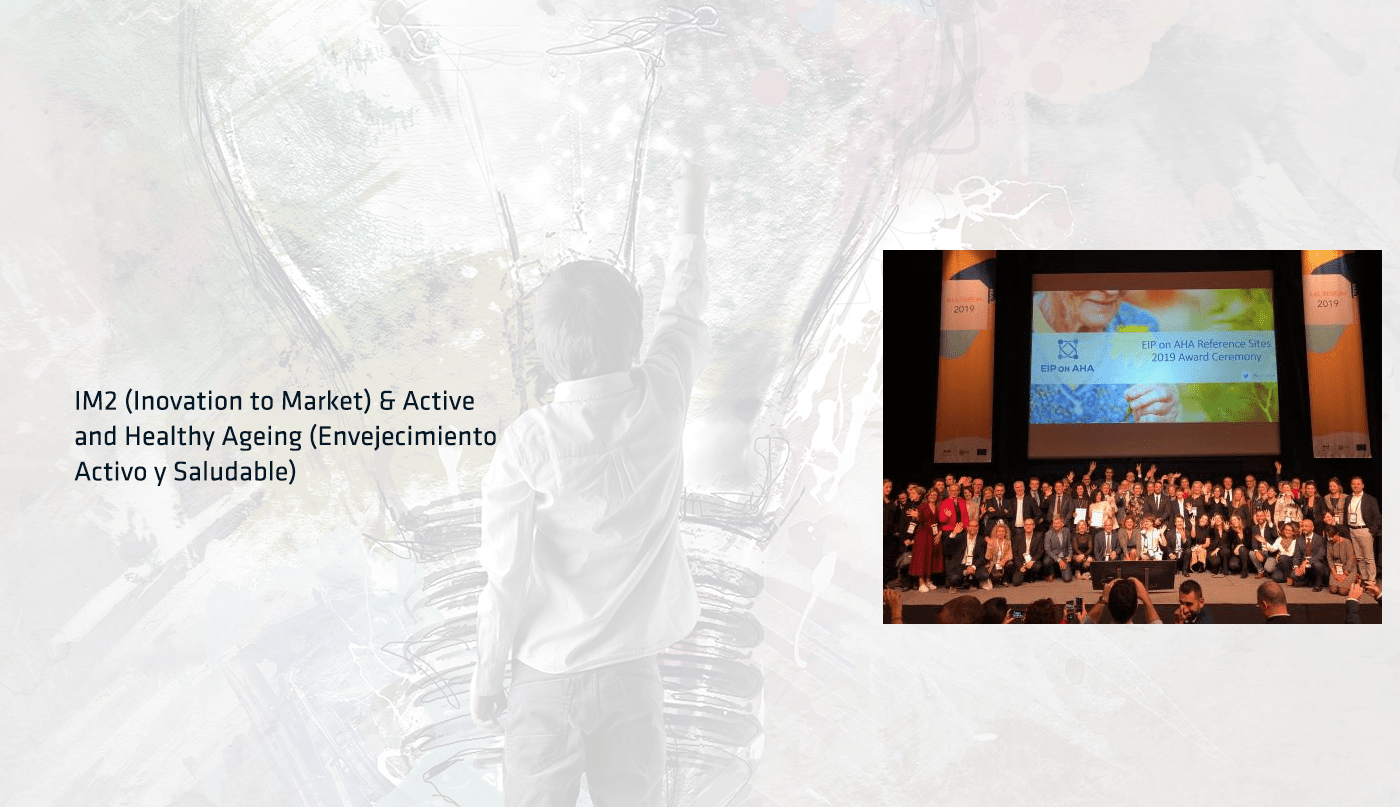 Maite Ferrando, PhD and CEO in KVeloce I+D+i has opened the presentation of the I2M initiative at the Ambient Assisted Living (AAL) Forum coinciding with the annual meeting of the European Innovation Partnership on Active and Healthy Ageing (EIPAHA), both held in Aarhus last week. END_OF_DOCUMENT_TOKEN_TO_BE_REPLACED 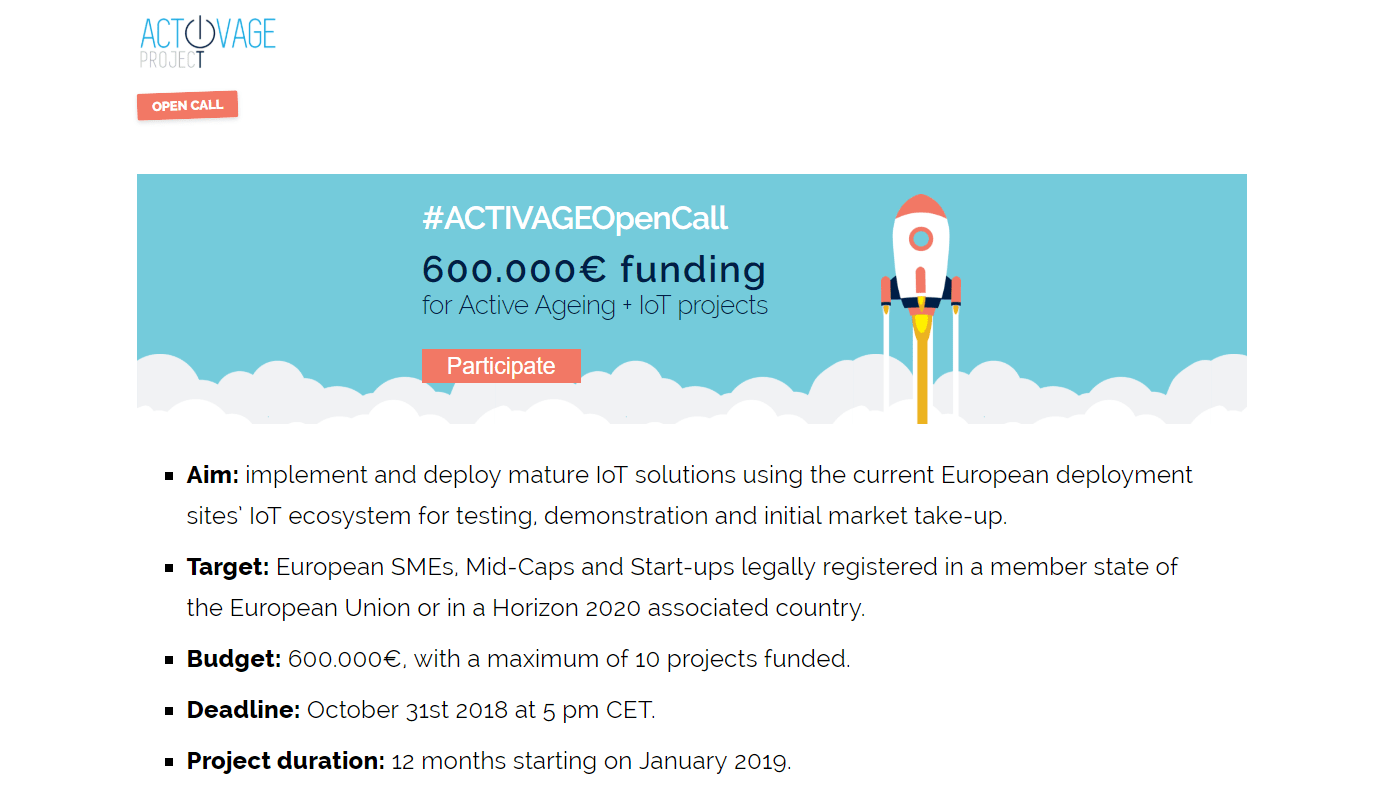 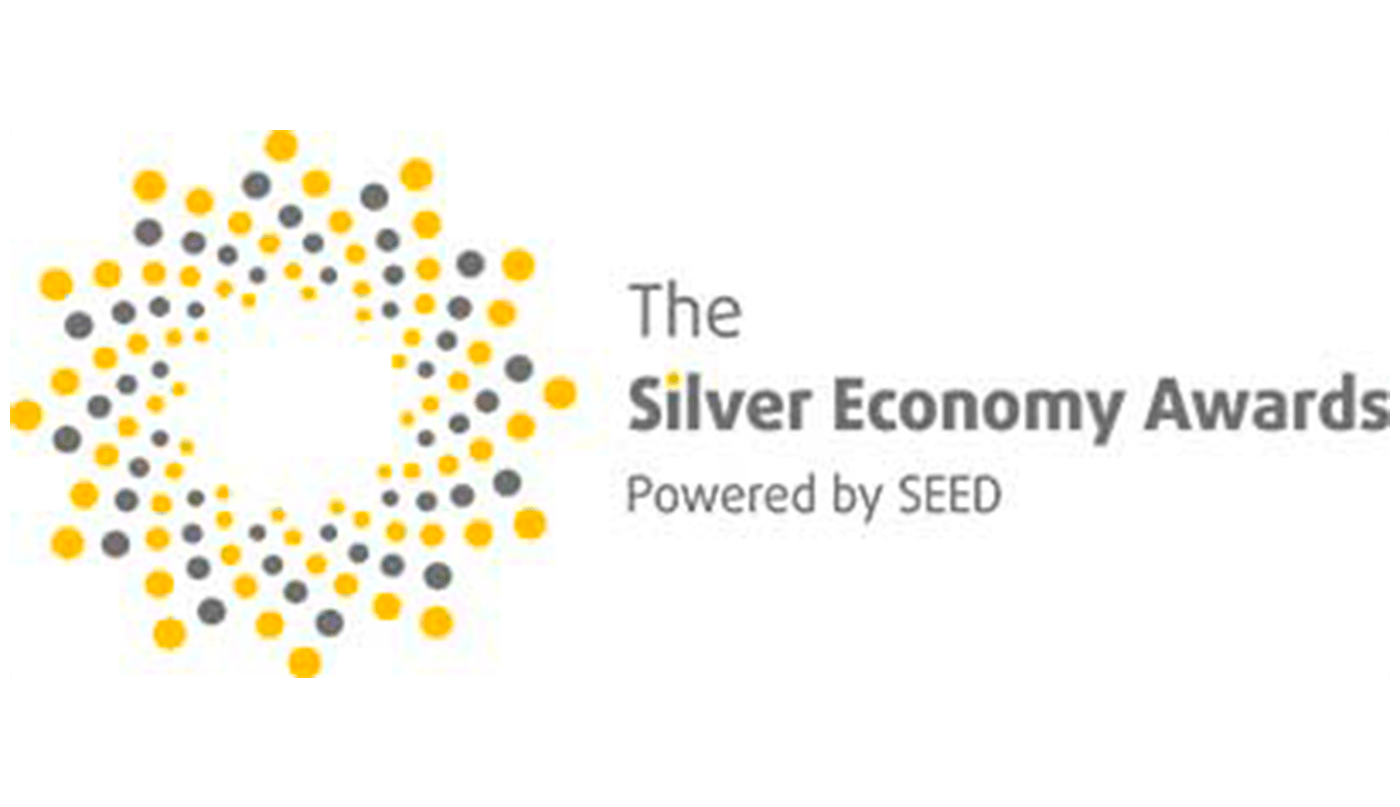 The Silver Economy Awards, promoted by the SEED Project, aim at catalysing a sustainable and digital European movement within the framework of the Silver Economy through the promotion of innovative solutions contributing to the improvement of the quality of life in elderly people (people over the age of 50 years). In addition, these awards contribute to make more visible the market opportunities addressed to this population group.

END_OF_DOCUMENT_TOKEN_TO_BE_REPLACED 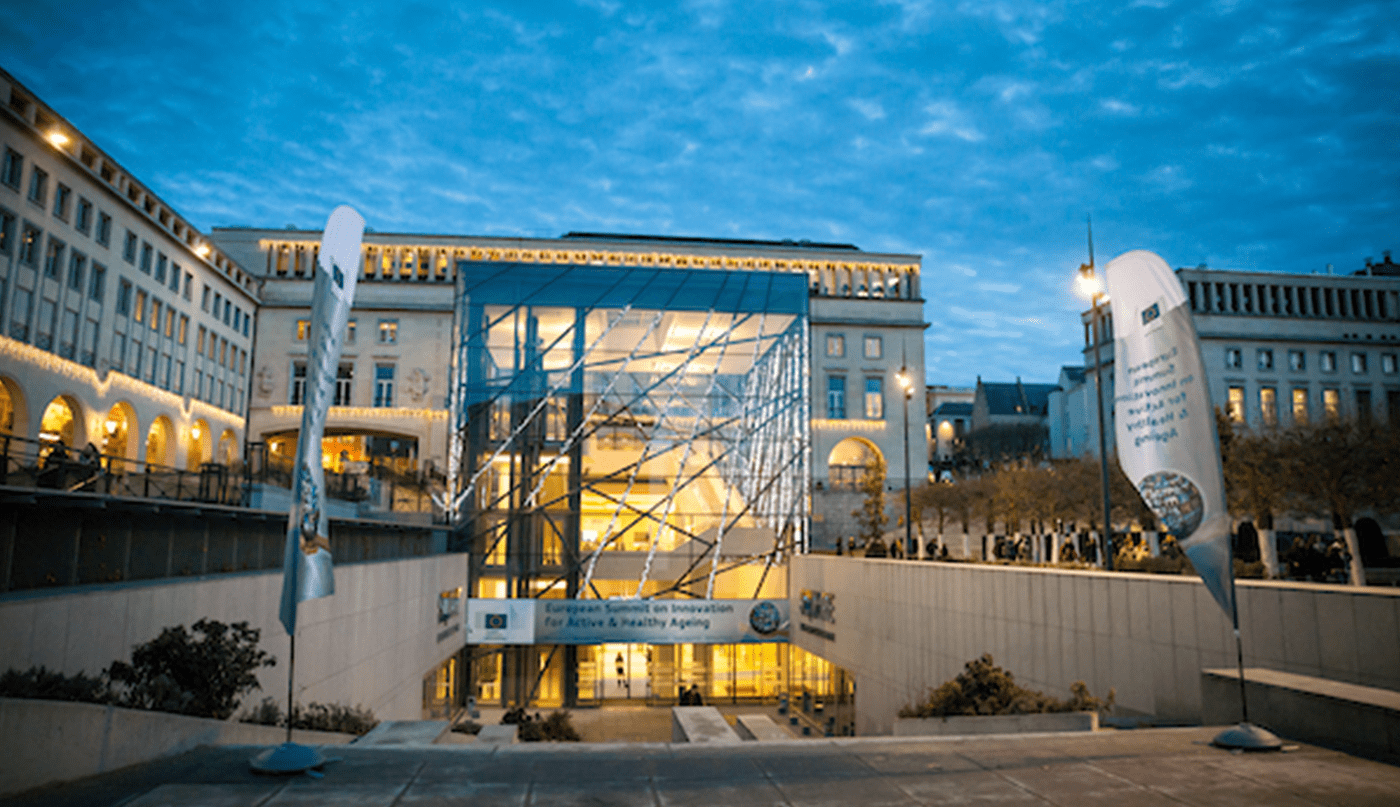 The Conference of Partners of European Innovation Partnership on Active and Healthy Ageing (EIP on AHA) will take place on 27th-28th February. The event is organised by the European Commission and about 500 people from all Europe  are expected to attend, representing  the different sectors (Academia, political sphere, business and “third sector”) that are working together in promoting an  active and healthy ageing.

The event will be focused in reviewing the action plans and their convergence with European policies, particularly the Communication  that is being prepared by the Commision about the transformation of health and caregiving in the Digital Single Market.

For further information and enrolment, you can follow this link: https://ec.europa.eu/eip/ageing/events/save-date-conference-partners-european-innovation-partnership-active-and-healthy-ageing_en

The 2018 Conference of Partners is the #eipaha @EIP_AHA event that you cannot miss! Come and join the most innovative organisations in the field of active and healthy #ageing: https://t.co/ywwO59zkfU #cop18 #DigitalSingleMarket pic.twitter.com/Z4LE0EJxAr

In addition and making the most of the attendance to the Conference, the EIP on AHA Action Groups are arranging  events on the days before and after. On behalf of Valencia  Reference Site, Kveloce is organizing an event on 26th February called Age-friendly smart cities and environments: synergies and crossovers in the Regional Office of the Community of Valencia. The purpose of this event is to build connections between the D4 Group and the Smart Cities on  age-friendly environments.

Follow the link below for further information and enrolment: 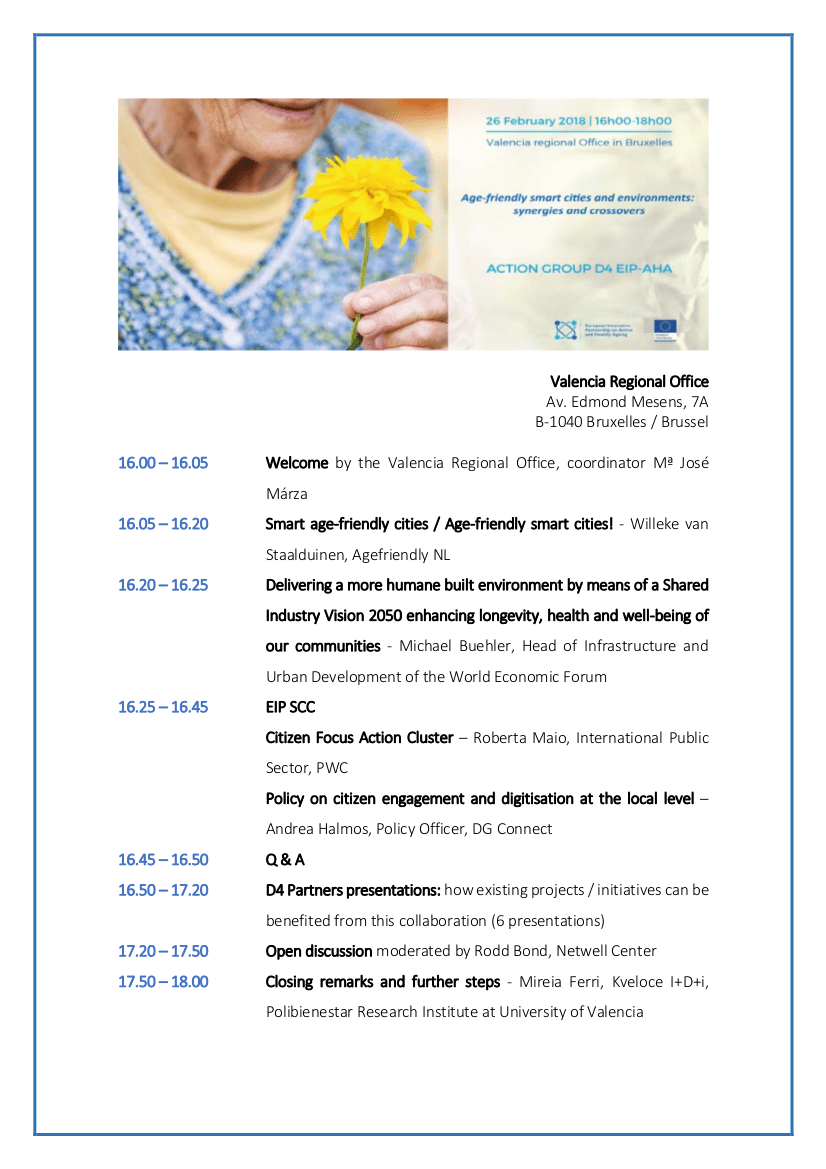 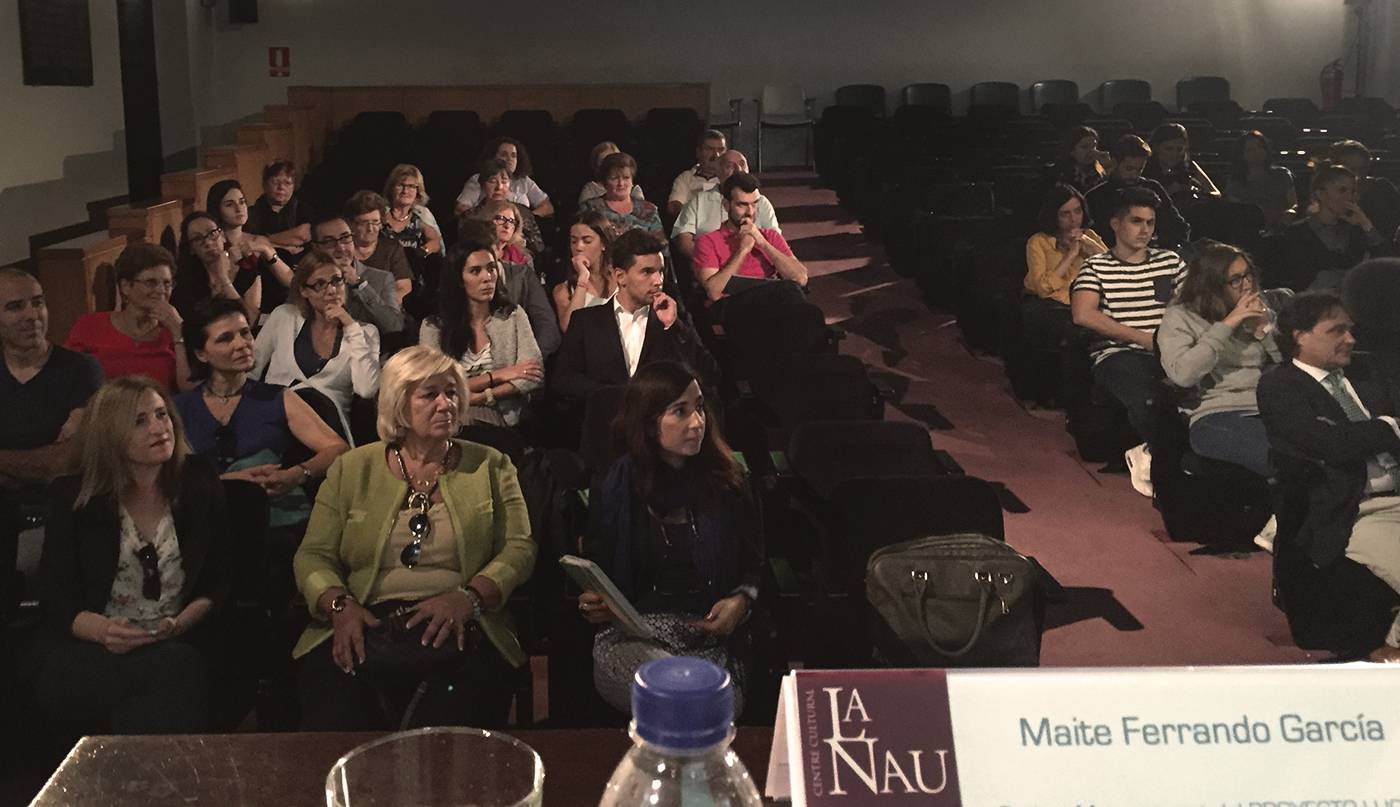 On the 7th of October, thanks to the LUCAS Project, the Third EU Coma Awakenings Day was celebrated.

LUCAS (Links United for Coma Awakenings through Sport)  is a European-funded project funded under the ERASMUS+ Sports programme, with the partnership of the European Parlament and selected as success case by the groups of experts of The Directorate General for Education and Culture (DG EAC). LUCAS promotes activities, seminars and events for raising awareness about coma among the general society, encouraging innovative actions and methodologies for improving the well-being of people with acquired brain injury; specifically, those who have awakened from a coma.

This Third Edition consolidates and demonstrates a great interest by the European community. Also, the COMA documentary film serves us as a tool to educate our society about this conditions and associated issues, as well as overcome barriers and dispel some of the myths that abound in connection with coma.

LUCAS was lead by the Italian entity Futura, from January 2015 to December 2016. SEAS (Sociedad Española de Asistencia Sociosanitaria) and DEPENDENTIAS (Asociación Estatal para el Desarrollo de Servicios y Recursos de Apoyo a la Dependencia) were also involved, together with different partners from Cyprus, Denmark, Lituania, Portugal and Belgium. Thanks to the LUCAS project, we had the opportunity to analyse the context in several European countries, gathering best practices in this field – specifically, in sports – to optimise the quality of life of people with acquired brain injury and their caregivers.

Two editions were celebrated in 2015 and 2016 too; in Spain, partners organised:

K-veloce I+D+i also collaborated in the preparation of all editions of the European Coma Awakenings Day, as well as in the project management and support to all Spanish entities during the project lifecycle.

You can find out more about which cookies we are using or switch them off in settings.

This website uses cookies so that we can provide you with the best user experience possible. Cookie information is stored in your browser and performs functions such as recognising you when you return to our website and helping our team to understand which sections of the website you find most interesting and useful.

Strictly Necessary Cookie should be enabled at all times so that we can save your preferences for cookie settings.

If you disable this cookie, we will not be able to save your preferences. This means that every time you visit this website you will need to enable or disable cookies again.